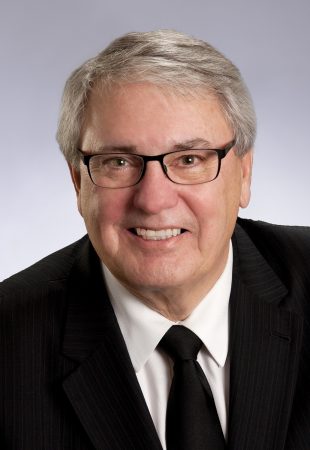 Richard B. Lindsay, QC was one of the founding partners of Lindsay LLP. He is one of the most respected insurance defence litigators in Canada, well known for his legal acumen and for sharing his expertise through volunteer contributions that elevate professional excellence across the bar.

Before earning a law degree from the University of British Columbia in 1977, Richard earned a degree in civil engineering from Carleton University and worked as a project engineer with private and government organizations on varied civil engineering projects. He has remained registered as a Professional Engineer in British Columbia for forty-six years.

Richard’s experience as an engineer influenced the path that he chose in his legal career; he has built expertise in complex insurance claims litigation covering a very wide variety of property, casualty, energy, coverage and products liability matters.

Richard has represented clients at all levels of British Columbia courts and argued landmark cases at the Supreme Court of Canada. He developed an interest in alternative dispute resolution early on; he now acts as a mediator and arbitrator. He has completed the Harvard Law School Mediation Program, trained with the Alternate Dispute Resolution Institute of BC and obtained his fellowship with the Chartered Institute of Arbitrators.

For six years he sat as a Hearing Panel Member for disciplinary and credentials matters for the Law Society of British Columbia. He has acted as mediator, umpire, special referee and arbitrator and appeared before numerous administrative tribunals.

Throughout his career, Richard has led efforts to support the lawyers and the insurance and engineering professionals he works with in maintaining expertise. He has chaired the preeminent insurance law conference held in British Columbia since its inception over 20 years ago. He has also served terms as local president of the International Association of Arson Investigators and National President of Canadian Defence Lawyers and remains involved as a contributor to both organizations.

He continues to instruct on advocacy skills training for lawyers in Canada and for the past several years has served with Lawyers Without Borders instructing on the same skills to those involved in the Kenyan and Tanzanian judicial systems charged with prosecuting elephant and rhino poaching crimes.

Mr. Lindsay has recently decided to decline accepting litigation retainers and focus on expanding his mediation and arbitration practice areas. Given his background and experience his practice will be limited to matters relating to property, energy, engineering and construction matters, insurance coverage, fire losses, professional liability, products liability and multiparty lawsuits.